Cape Town has a vast amount of things to see, but the top 10 major iconic attractions that remain at the top of visitors’ bucket lists include:

Table Mountain is one of the New7Wonders of Nature, a protected area for over 100 years and home to over 1460 species of fynbos, which is part of the Cape Floral Kingdom – a Unesco World Heritage Site. The quickest way up is with the Table Mountain Aerial Cableway, or, for the more adventurous, there are a variety of hikes to the top.
Kirstenbosch is Cape Town’s 102 year old garden situated on the slopes of Table Mountain, and is home to about 7000 species of flora. The Tree Canopy Walkway is a timber bridge that winds through and above the trees, offering magnificent views of the peninsula.
Cape Point has one of the most picturesque addresses in the city. It’s a place of breath-taking natural scenery situated at the most southwestern tip of Africa. With a fascinating history, two lighthouses, a ride on the Flying Dutchman Funicular and the beautiful Two Oceans Restaurant makes this a must-visit.
The V&A Waterfront is a world-class retail and entertainment precinct offering more than 80 eateries, 450 shops, museums, ocean activities, and fun experiences. The new Silo Precinct is an exciting new development that will be home to Zeitz MOCAA, two new hotels, shops and restaurants.
Robben Island is a UNESCO World Heritage site and one of the most significant historical sites in South Africa, if not Africa. A former political prisoner serves as your guide telling interesting stories about the island, and famous ex-inmates like Nelson Mandela, Walter Sisulu and Govan Mbeki.
Groot Constantia is South Africa’s oldest wine producing estate with an uninterrupted record of wine production since its inception in 1685. In addition to the museum, wine tasting experience and cellar tour – a unique new Visitor’s Route experience will be opening at the end of 2016.
Boulders Beach is one of the few sites in the world where the endangered African penguins can be observed at close range, wandering freely in a protected natural environment. The beach is also surrounded by large 540 million year-old granite boulders, small rock pools and little bays in close proximity of the flightless little swimming birds.
The Cape Town CBD is a vibrant precinct with numerous places of historical and cultural significance including museums, galleries, markets, churches, squares, gardens and restaurants. You can arm yourself with a map and do it on your own, join a guided walk or go one of the monthly City Walk Saturdays.
Bo Kaap is recognisable from the famous bright rainbow-coloured houses and cobblestone streets often seen on postcards and images, but the neighbourhood of Bo Kaap is the spiritual home of the Cape’s Muslim community and a place with a history dating back more than 360 years.

The Beaches in Cape Town are beautiful and vast with 72 beaches to choose from and a coastline extending more than 300km along the West Coast, Cape Peninsula and False Bay. Cape Town is also the home to nine international Blue Flag beaches including Bikini, Camps Bay, Mnandi, Strandfontein, Muizenberg, Llandudno, Clifton 4th and Melkbosstrand.

Cape Town’s tourism industry has been at the forefront of responsible tourism practices, with Cape Town Tourism signing the Responsible Tourism Charter to support the principles of sustainable development and management of tourism. Many of Cape Town’s products have won awards for their sustainability efforts. Since 2008, the V&A Waterfront… 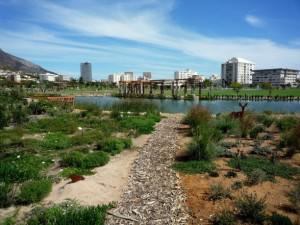 Increasingly travellers are wanting to immerse themselves in the culture of the places and spaces they visit. Cape Town’s variety of quirky neighbourhoods offer the perfect backdrop to do just this. Each area has a different vibe and character with an incredible diversity and an exotic mix of cultures and…

While the famous Cape winelands stretch all the way to Stellenbosch, Paarl, Franschhoek and Elgin, Cape Town itself boasts with three excellent wine routes: Constantia, Durbanville and Helderberg. Constantia The Constantia valley wine route is home to ten wine farms, is 20 minutes from the city centre and is considered the…